The Travelers from Europe come to visit various libraries and bookstores scattered in Islamic centers during the great age of Islam in the Middle Ages. They get books from the library, and translate it into Latin. According to the notes of Jacquart (1996), in the field of medicine itself, they took more than 40 major books which they translated into Latin, and had a significant influence on the progress of medicine in Europe until the revival of Europe in the 14th Century. They recite the names of Arabic writers in Latin, or even change them into pseudonyms. This is possible because in Islam there is no copyright. For more details about the names of Arabic writers/researchers, translators, and writers pronounced in Latin are presented in Table 1.

Referring to Table 1., Hunayn Ibnu Ishaq in Latin is called Constantinus Africanus, Iohannitius, and Hunen. Ali Ibn Abbas Al-Majusi is called by two names, namely: Constantinus Africanus and Haly Abbas. Qusta Ibn Luqo is called Costa Ben Luca and Contabulus. Twin names are also addressed to Al-Zahrawi and Ibn Butlan. Al-Zahrawi is called Albucasis and Alcoati, whereas Ibn Butlan is called Ibn Botlan and Elluchasem Elimithar. In addition, the Latin names mentioned in the translation are very far from Arabic expressions. According to Jacquart (1996), there are only three Latin names that are similar to Arabic expressions. Ishaq Ibn Sulayman Al-Israeli is called Isaac Israeli; Ibn Butlan is called Ibn Botlan; and Al-Kindi with Jacob Al-Kindi. In addition, the name Constantinus Africanus is used for Ishaq Ibn Imran and Ibn Al-Jazzar.

The blurring of the names of Arabic writers and researchers in Latin, according to Jacquart (1996), is intended to eliminate the role of Arabic (Islam) for the development of science in Europe. They want to suggest that Europe received knowledge not from Arabic but from Greece. Jacquart next emphasized:

“… Translators did not hesitate to ecognize the works which he translated into Latin as his own, hoping tp present them as a rediscovery of Greek sciences,    of which he considered himself to be the coadunator, i.e. the co-ordinator  (Jacquart, 1996: 964).

Tabel 1. The names of Transslators,  Arab Authors, and Its Pronounciation

In fact, according to Jacquart, the works of translation in the field of medicine, became material for the establishment of the University in Paris in 1187 after the death of Gerard of Cremona – one of the main translators of Arabic medical books; or one Century after the death of Constantine The African – translator of other Arabic medical works. Furthermore, with the provision of Arabic medical books, by the middle of the 13th Century in Paris three major medical faculties had been established. The books of the results of the translation of Toledo and Constantine are the main books and become a point of learning for medicine at the faculty.

The translation of Islamic science is not only in the field of medicine, but also in other fields, such as chemistry and astronomy. Therefore, the support of the authorities for the development of science which is supported by Islamic endowments is not only beneficial for Muslims but also has a significant effect on the rise of Europe in the 14th century. Therefore, Islam has truly become a mercy for all nature; and Europe should be indebted to Muslim scientists. ***

Jacquart, Danielle. 1996. “The influence of Arabic medicine in the medieval West,” in Roshdi Rashed (ed.), Encyclopedia of The History of Arabic Science. Routledge, London and New York Empirical Traditions In The Qur’an: Towards The Faith Pottentially To Get Food Unsecure 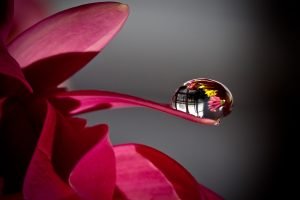 The Effect Of Islamic Personality on Entrepreneur Competency