Is there any effect of Covid-19 on Indonesia’s food security? If the panic continues, food imports are hampered, economic growth is stagnant, the price of needs are increasingly rising which results in a decrease in people’s food affordability, and there is a hoarding of food which causes people’s access to food to weaken, then Covid-19 will automatically have a significant effect on the ranking Indonesia’s food security. Therefore, to minimize the impact of COVID-19 on food security, the Government must reduce the chances of public panic caused by this Corona virus.

R    = Ranking of food security in the world/ASEAN Countries

The Probability of Corona Virus Effect

For more detail, The Economist measures food availability based on: (1) adequacy of food supply, (2) government spending on agricultural research & development, (3) adequacy of agricultural infrastructure, (4) volatility or excitement of agricultural products, (4) political stability, (5) absorption of urban population (on agricultural products), and (6) food loss. But in this measurement, The Economist does not question, whether the availability of food comes from imported products or domestic products. Food availability can be done through imports. Therefore, countries that do not have agricultural land – such as Singapore – can rank in the top ten countries that have good food security, because they have high purchasing power.

The measurement of food affordability, according to The Economist (2017) is based on: (1) household expenditure for food procurement; (2) the proportion of the population below the world poverty line, purchasing power balance and exchange rate; (3) Gross Domestic Product (GDP) per capita; (4) Tariffs on imports of agricultural products; (4) food safety net program; and (5) farmers’ access to agricultural finance. Paying an attention of these indicators, The Economist (2017) seems to recommend food imports in order to achieve food affordability.

Meanwhile, the food quality & safety are measured based on: (1) diversification of food menu, (2) nutritional standards, (3) availability of micronutrients, (4) protein quality, and (5) food safety.

Thus, the food security rating is the average weighting of the three main indicators. If the weight of one indicator falls due to certain factors, the food security index will decrease. If food imports are disrupted due to corona outbreaks, the weight of food availability will decrease. Likewise, if food affordability decreases due to Government spending on food decreases due to corona, or stagnant economic growth, then the Indonesian food security apparatus will be corrected. Hypothetically, Indonesia’s food security rating will be corrected after COVID-19, especially if the virus has not been resolved for a long time.

Since 2017 The Economist added one variable to measure the food security of countries in the world, namely: natural resources & environmental resilience. Partially based on natural resource indicators and their endurance, Indonesia ranked the 109th in 2017, out of 113 selected countries. In 2018 it declined at 111, and rose again to the 110th in 2019. For ASEAN countries – minus Brunei Darussalam that have not been included in the ranking by The Economist – for three years (2017-2019) Indonesia is at lowest order (the 9th order). The most successful country in maintaining natural resources as to support food security among ASEAN countries is Myanmar, followed by Laos, Thailand, Cambodia, Malaysia, Philippines, Singapore and Indonesia. For three years the ranking has fluctuated, but Myanmar has always been the first ranking, and Laos is the second; while Indonesia is always ranked the 9th (Table 2).

Regarding irrigation, The Economist proposes two indicators, namely: the risk of quantity and quality of water for agricultural activities.

Regarding the ocean, according to the Economist, there are three important aspects as a barometer for the carrying capacity of food security, namely: (1) Eutrophication and hypoxia, (2) Marine biodiversity, and (3) Marine protected areas.

As for food sensitivity, The Economist presents three aspects of indicators for the carrying capacity of food security, namely: (1) dependence on imported food, (2) dependence on natural capital, and (3) disaster risk management.

Related to adaptability, according to The Economist, there are two indicators, namely: (1) measurement of early warning or intelligence to read climate conditions; and (2) national risk management system for agriculture

If the natural resources and its resilience are taken into account, it could correct the ranking of food security achieved by countries in the world. Indonesia, for example, based on three main indicators of food availability, affordability, and food quality & safety, in 2017 ranked the 69th out of 113 countries by the index of 51.3; then ranked the 65th in 2018 with an index of 54.8; and is ranked the 62nd in 2019 by the index of 62.6. The closer the 100 index numbers obtained, the country will reach a degree of perfection in food security. As an illustration, Singapore in 2017 received a food security index of 84.0 which placed it at the number of 4th in the world as a country has good food security, close to 100. Then in 2018, the State obtained an index of 85.9; and in 2019 obtained an index of 87.4. In those two years (2018 and 2019), Singapore was ranked the 1st in the world as the country with the highest level of food security.

In line with Indonesia’s ranking in terms of natural resource and resilience for food security, The Economist (2018) provides an important note for Indonesia, where the largest and most extensive country in Southeast Asia is less able to maintain the existence of Grassland (rice fields), agricultural infrastructure, and the absence agrarian policies for increasing national food security. More clearly, The Economist (2018: 28) reminds:

In addition, the economic slowdown caused by the corona virus (COVID-19) could be a correction factor for Indonesia’s food security rating. Orlik et al. (2020) illustrates that Chinese imports reached $2.1 trillion. Sales in China are revenue for various multinational companies. The hampered supply chain from and to China will have a significant effect on the economic growth of countries in the world. According to the calculation of Orlik et al (2020), Indonesia will be affected by a reduction in economic growth of around 2.8 percent. With this economic situation, it can be estimated that Indonesia’s food security ranking will be corrected due to this corona virus. ***

The Economist, 2019, Global Food Security Index 2019: Strengthening food systems and the environment through innovation and investment. A Report from The Economist Intelligent Unit The Effectiveness of Farmer Field School in Dissemination of Innovation 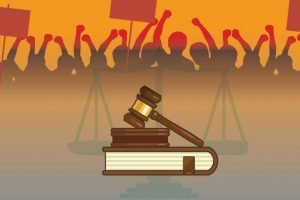